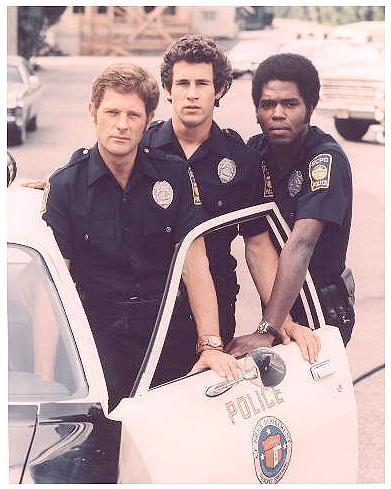 Clipper draft picks Eric Gordon, DeAndre Jordan and Mike Taylor are all going to be on the opening day roster this year.  That's a rarity in and of itself, to have three draft picks make the team.  However, it's looking likely that all three of them are going to get a chance to play this season, if you believe the hype coming from MDsr.

It's no surprise that lottery pick Gordon is going to get a chance.  It would be a major disappointment if he weren't in the shooting guard rotation, at least somewhere.  So although his hamstring injury in Summer League and his ankle injury in training camp are minor setbacks, the coach and the entire organization are very excited about his ability and he'll get a chance to show what he can do.  He's been back on the practice court for a few days, and he'll probably make his pre-season debut either tonight in Oklahoma or tomorrow night in Stockton against the Kings.

But it's incredibly rare that the 55th player taken in the draft sticks in the NBA.  For that player to score 20 points in their pro debut (even in a pre-season game) is rarer still.  Taylor is, by all accounts, blindingly quick.  He's also got a 6'7" wing span and a 39 inch vertical leap.  So he's got NBA level tools.  But MDsr chooses to highlight the job he's done running the team in practice.  The bottom line is, he was the fourth string, inactive list, wear a suit on the bench, maybe get a chance next year point guard a couple weeks ago.  But when Jason Williams retired, he moved up on the depth chart, and MDsr seems surprisingly comfortable with that.

Mike Taylor has been just terrific. Defending and running his team. He's scored points and run his team very well. We went after him, we went out of our way to go get him because we felt like he could play point.

Apparently the Clippers were willing to take Taylor with the 35th pick, but decided they couldn't pass up DeAndre Jordan when he fell that far.  (One presumes that Chris Douglas-Roberts would have warranted the pick as well.)  At any rate, the liked him then, and they like him more now, so it seems like he was more than worth a future second round pick.

As for Jordan at 35, it's well-documented that he was considered a top ten prospect coming out of High School, and was still projected as a lottery pick a couple months before the draft.  It goes without saying that his stock fell, but like any buyer in a down market, the Clippers think it fell way too far.

It's clear he's got an NBA body.  He's big and long and a great athlete.  But after a lackluster season at Texas A&M where he was coming off the bench at the end, there's reason to question whether he's a basketball player.  From the outside, one wonders if he just doesn't want to work hard to get better - if he's just too lazy to learn the game.  To that end, it's very encouraging to see Marcus Camby speaking enthusiastically about mentoring the young center.  In length and athleticism, Jordan is a close facsimile of the veteran Camby.  He just happens to be bigger and stronger.  And MDsr has had nothing but positive things to say about Jordan so far in practice.  The Clippers have never used the D-League to develop their roster players - something I thought might change in Jordan's case, given that he really just needs to play a lot of basketball.  Fortunately or unfortunately, it looks likely that he'll be doing his OTJ training in the big leagues.

Tonight against the Thunder, Jordan and Taylor should both get plenty of minutes.  Camby and Tim Thomas are resting minor injuries, leaving Jordan as one of only a couple healthy bigs.  Meanwhile in the backcourt, Baron Davis has come down with the flu bug that's been going around, meaning that Taylor is going  to play a lot as well - following up his fourth quarter against the Lakers, one suspects he would have gotten the minutes anyway, but this makes it a certainty.  If Gordon's ankle allows him on the court, all three of the Clippers promising rookies could get significant burn tonight.

Which could be a preview of the regular season.