In order to keep the dice rolling on the series, here's the class of 2005, also known as the year the Clippers went to the playoffs.

Here's a breakdown of the draft for anyone that doesn't remember, apologies for the size, couldn't find a nice fancy chart like Erik.

I think it's safe to say that the biggest miss here was Danny Granger. There really is no one else in the first round that I would have liked saved for David Lee but he was considered a steal for the Knicks. In the second round, we missed out on Monta Ellis. I also am pretty high on Amir Johnson but he was also questionable during the draft since he was coming straight out of high school. We also missed out on the great Ryan Gomes but luckily for us, we were able to sign him in the great free agent class of 2010.

Now off to our picks! 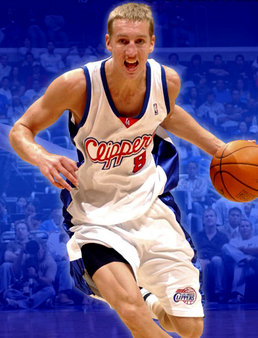 I'm sure everyone here remembers MDsr secret son, Yaro. Rumors had it that MDsr promised to draft him because he was scared the Soviets might bomb his house. He was an athletic tall lanky small forward who possessed point guard skills. His shooting was not great but he was supposed to be a good role player for the Clippers. In his two years with the Clippers, he only played 34 games total and averaged less than 5 minutes per game. The coach did not trust him with minutes and during the times he did play, he was not substantial enough to be a factor. Pretty much everyone considered him a waste of a lottery pick and one of the many busts in Clippers history.

After being cut by the team, Yaroslav bounced around between the D-League and Russia and has now settled in the Spanish League. I also remember him playing in summer league last year where he showed some athleticism but still nothing amazing or proof of growth. 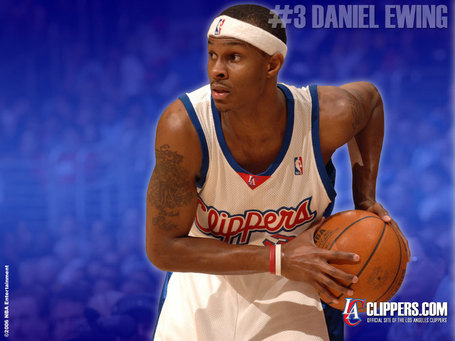 This second round pick from Duke played in a lot of games as a combo guard for the Clippers. Many might remember him as the guy who let Raja Bell score the 3 at the end of a playoff game that year. I honestly did not know what was MDsr infatuation with him cause he wasn't much of a scorer or passer. But he still averaged 13 minutes a game, averaging 3 points and 1.5 assists in his playing time. He had a TS% of 47.3% in his two years with the Clippers and a PER of 8.3 which is Ryan Gomes like. Like Yaroslav, he did not show much growth and would be cut 2 years later from the team.

After being cut, he played in Russia and is now currently playing in Poland. Seems like a lot of former Clippers get banished to Europe. 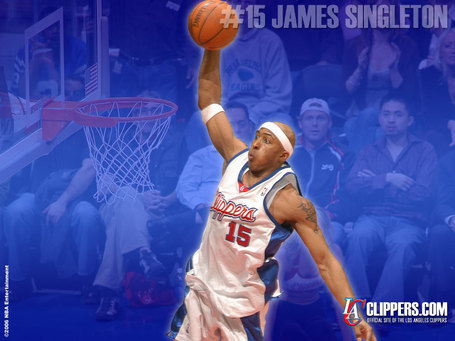 I loved James Singleton. After being undrafted in the 2003 draft, he would play in Italy, eventually getting the MVP awards there. He was a tweener forward like the great Ryan Gomes but super athletic, great on defense, and could do Blake-esque dunks. Like Daniel Ewing, he played a lot of games that season. I remember some games where Singleton would get a lot of playing time, then the next game he played several minutes. In the end, his averages were like 10 minutes and 4 points per game. But in 05-06, he had a high TS% of 58.7%. Like Ewing and Yaroslav, he didn't get signed after two years on the team.

After leaving the Clippers, Singleton played in Spain for a year where he won a title, then signed with the Mavericks the following year. In 2010, he was traded from the Mavs to the Wizards where he remained for the rest of the season. After that, Singleton went to China instead of the usual route to Europe where he is currently. 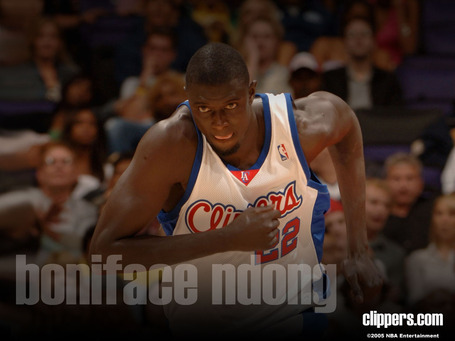 This guy was 28 years old when the Clippers signed him that year. He was a foreign 7'0 center like Zeljko Rebraca that year and did not really contribute at all. Basketball reference does say he started one game though so congrats to him.

After a year with the Clippers, Boniface traveled all over Europe playing or Russia, Germany, France, and Spain where he 's currently at.

None of the Clippers rookies from this year stayed more than 2 years but with the success the team was having, it didn't really matter.

Feel free to add more about this draft class!