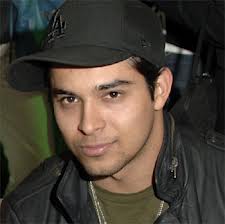 Erik O is a strange dude. In the threads he's funny. He's affable. He cranks out great photoshop weirdness, drops humorous bon mots hither and thither, and he's got a cool Viking name. Only he doesn't look like a Viking at all. He was scheduled to show up on LJ's webcast a couple of weeks ago and I was thinking, he's gonna look like a dork... a big fat Nordic dork. And then he didn't show up, some sort of iphone malfunction. (Yeah right. It's because he's a big dork.)

Only then he did show up. And he's not a giant Viking... he looks kinda like Wilmer-freaking-Valderrama... only with a much better name (and a better personality). But here's the part that really gets me: Erik's smart. Really smart. In totally useful ways. To see why, make the jump.

Of course I'm not the only one who appreciates Erik O. In the words of our own PV Mike:

This is what I love about Erik O

He can be witty and also great with photoshop but versatile and serious enough to count beans when necessary to make a point.

Now we know PVMike has total mancrush on Erik but we'll put that aside for a moment because... Mike is totally correct.

For example, Erik threw off some stats in a thread yesterday. This stuff was completely tangential to the topic but so what? He started with this analysis of the Clippers payroll vs. the cap:

I'll just focus on the fact that the 2nd best player they've ever had is on the first year of a 5 year contract.

Things did change after 2006--the team has consistently spent money, even if they aren't winning. Commitment to spending is the first step to get away from being like the old Clippers.

A nice little rundown. But he was just warming up. Because then he dropped this:

The point is that ever since the success of 05'06, DTS has been willing to spend on players. They aren't always good players, but at least he's not being completely cheap. And according to Forbes.com, it's working in his favor. He's learned that he can get more revenue by spending more on players.

So why would he stop spending money on players? The team is increasing in value each year, and he's never stopped making money on the team (like some owners). He's an evil douchebag, but if his aim is to make money, his goals are in line with our own. He's going to keep this team competitive because he makes a LOT more money with the Clippers featuring big names, especially in the modern media era. Player salaries are clear evidence that he's tried to spend money to keep the team in the playoff hunt, even if it wasn't successful.

While I'm cautiously waiting for the other foot to drop, I remain hopeful that DTS will keep spending money. He's been doing it since 06'07, so why would he stop now, with the team at its best?

Pretty good right? But the stunner, the coup-de-gras was still to come:

So actually, he's been spending more quickly than he's been making additional revenues. However, the reason he hasn't stopped doing it is because it's the team's equity (franchise value) that's most important. Every time that goes up, DTS can sell the team for more. That's where the real money to be made is. But that's also the one that could plummet if the team becomes a loser again. The profit numbers will always be there (since DTS is so cheap everywhere else, he always always makes money).

And this to me, is quite amazing because it confirms what I've always believed, in a world where the Dodgers who had a paper value of less than a billion dollars, just sold for 2 billion plus... I'm not sure what the Clippers might be worth in real world dollars. A helluva lot more than DTS paid for them in the early eighties (Which, to my recollection, was around 25 million.)

Let's also not forget a post that Erik put up last November... an epic study of spending versus success for NBA teams. It's here and it's great. It even has one of those "spatter" charts numbers geeks are so fond of. Of course no one was looking at the time because it happened in the middle of the lock out.

Erik's stuff is great and we're lucky he's one of us. Even if he does look like WV.