Henry Abbot on Minutes Played... a Year Ago

On January 19, 2012, Henry Abbot wrote a fantastic article about how NBA champions no longer play their stars heavy minutes. I came across this article when I was reading another more recent article he wrote about the disappearance of 20 points-per-game scorers (also a really fun read), and it struck me that the 2012 piece is particularly relevant to this year's Clipper squad.

Share All sharing options for: Henry Abbot on Minutes Played... a Year Ago

Abbot, one of my favorite writers at ESPN, discussed how over the past 20 years, 11 of the first 13 champions had players who had played over 3,000 minutes (i.e. 37 minutes per game). But over these last 7 years, exactly zero champions have had players who played over 3,000 minutes. As this was written in 2012, it didn't include the 2012 Champions, the Miami Heat, and last year LeBron James played 37.5 minutes and won the title. However, in the lockout-shortened season, he still didn't breach the 3,000 threshold, and I'm not sure the fatigue-level of a 66-game season is really comparable to a regular one.

Abbot also included the average of the top 3 minutes played among championship teams (I added in the Heat):

As you can see, the recent trend has been for teams to play their stars fewer minutes. Last year's Heat team changed that trend, but as mentioned previously, that season may not have been comparable. Also, last year marked a career low in minutes played for James, Wade, and the lowest for Bosh since he was a rookie. But I digress; let's get back to the subject at hand. Over the last 8 years, Championship teams have played their top three an average of 32 MPG, compared to an average of 34 MPG for the 13 years prior.

Two of these teams look as rested as the past 8 Championship teams, and the other four look like they must be getting tired. Besides last year, which again I think was an exception to the rule, you have to go all the way back to 1994 before you find a team whose top 3 averaged 34.9 minutes or more. The Spurs have always kept their stars playing low minutes, and they've been pretty successful despite not always having the biggest names on their roster. I'm glad that if Vinny's going to copy any coach's rotation-philosophy, he's copying Gregg Popovich's. So he's managing egos like Phil Jackson, and he's managing minutes like Gregg Popovich? 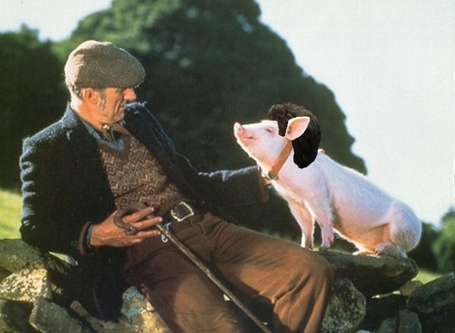