RealGM is reporting that the Los Angeles Clippers and Stephen Jackson have reached an agreement on Monday afternoon. It is a non-guarantee deal.

Share All sharing options for: Report: Stephen Jackson signed by the Clippers (Updated)

Jackson had been working on his deal with the Clippers, and the two sides reached completion on Monday afternoon. Jackson, 35, was waived by the San Antonio Spurs late last season - a tumultuous split that left the 16-year NBA veteran searching the market in free agency.

Jackson has worked out vigorously since his release from the Spurs, and he hired agent Herb Rudoy to gauge interest around the league.

The Clippers have searched for wing depth with injuries to J.J. Redick, Matt Barnes and Reggie Bullock. Barnes and Jackson played together with the Golden State Warriors and remain close.

Thanks to citizen chrisd for bringing this to my attention: 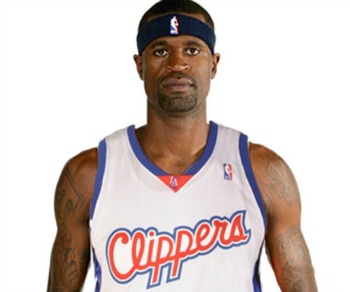 One thing about me I never panic bkuz God taught me how to enjoy the bad and good times. It's easy to b positive when u are thankful and humble. God is Great. Let's turn up LA. Promise to give my all. #clips