Inside The NBA on TNT just announced the participants in NBA All-Star Saturday, and Clippers backup guard Eric Bledsoe will join Blake Griffin and Chris Paul in Houston.

Eric Bledsoe is headed to Houston for NBA All-Star weekend 2013. While the Clippers backup won't be in the main event, he'll be participating in one of the most hyped events of the weekend, the NBA Slam Dunk Contest.

He will be joined by James White, Gerald Green, Terrence Ross, Jeremy Evans, and Kenneth Faried.

Here's a picture of Eric Bledsoe dunking in an exhibition during the lockout: 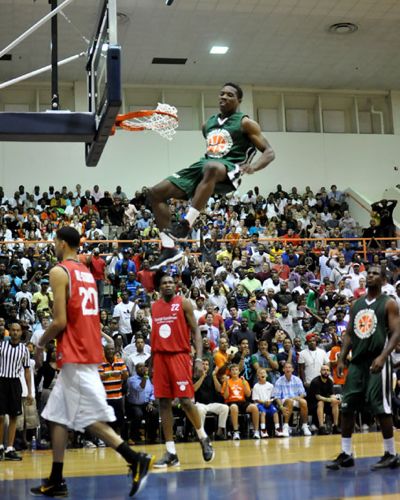 Here's a video of Eric Bledsoe dunking against the Sacramento Kings earlier this season:

According to a tweet by Alex Kennedy, Clippers starting center DeAndre Jordan was offered a spot in the dunk competition, but declined twice.