What's up Doc? What Rivers means to the Clippers

It wasn't easy, it almost didn't happen, and the league still needs to approve it -- but as of Sunday, it looks like Doc Rivers is the head coach of the Los Angeles Clippers.

Share All sharing options for: What's up Doc? What Rivers means to the Clippers

It was far from easy, at times it appeared to be completely out of the question, and it's not official until the league signs off (which should be and yet is not a foregone conclusion) but it appears the Los Angeles Clippers on Sunday finally got their coach for next season. Doc Rivers will be the next coach of the Clippers after L.A. agreed to send their 2015 first round draft pick, unprotected, to the Celtics in consideration for Boston waiving the non-compete clause in Rivers' current contract. Rivers essentially transfers his existing contract to the Clippers -- three years and $7M per season. He remains the highest paid coach in the NBA.

This ends the coaching subplot of a tumultuous Clippers off-season -- there could certainly be more tumult ahead in other areas, particularly if they decide to pursue a separate deal with the Celtics for Kevin Garnett.

Even before the team parted ways with Vinny Del Negro, whose contract was not renewed, high profile coaches had been lining up for a chance to coach the Clippers. A list of candidates that originally included a couple of former Coach of the Year winners was soon supplemented by Lionel Hollins of Memphis and George Karl of Denver when those teams opted to let their highly successful coaches go. But none of those other candidates has the resume of Glenn Anton "Doc" Rivers.

In the whirlwind that has been a protracted and contentious negotiation between the Clippers and the Celtics, I realize that I've never really expressed my opinion of Rivers as a "get". The simple fact of the matter is that there are only four active coaches in the NBA who have won an NBA Championship -- and Rivers is one of them. The last time a coach with a ring went to a new team was Larry Brown in Charlotte in 2008. The last time a coach with a ring left the team with whom who won the title to take a different job was also Brown, in 2005 when he went from Detroit to New York. (Honestly, there should be two categories for NBA coaching stats -- with Brown and without Brown -- particularly where coach movement is concerned.) Other than Brown, I honestly can't think of another coach who left a team where he won a title to take a different job. So this is kind of a big deal.

None of which necessarily makes Rivers a great coach, mind you. You can take your own little "Do coaches matter Rohrschach test" with two years of Rivers' career in Boston. In the 2006-07 season, with a starting lineup of Kendrick Perkins, Al Jefferson, Ryan Gomes, Paul Pierce and Delonte West (Pierce missed 36 games) the Celtics won just 24 games. The following season, with Kevin Garnett and Ray Allen joining the team and Rajon Rondo stepping into the starting lineup to join Perkins and a healthy Pierce, they won 66 games and an NBA title. So it would seem that Rivers is a much better coach when he has much better players -- go figure. It's worth noting that the Celtics would likely have won the title again a couple years later had Perkins not gotten hurt in the Finals.

If you're inclined to devalue Rivers role in Boston, you can also look to the influence of Tom Thibodeau. Thibodeau was an assistant to Rivers during the championship run and was widely credited with devising the defensive schemes that gave the Celtics far and away the best defense in the league that season. The Celtics remained a top defensive team even after Thibodeau left for the top job in Chicago -- but the team has not had the same level of overall success without Thibs.

These potential criticisms aside, Rivers is still a great get for many reasons. For one thing, the Clippers must still battle their own reputation, and hiring the highest profile, most successful coach on the market is a fantastic coup for the organization. The idea that a coach would leverage his way OFF of the Celtics (perhaps the most storied franchise in the history of the NBA) and ONTO the Clippers (who were for decades the laughing stock of the league) is mind blowing from the historical perspective. As is the fact that the supposedly parsimonious owner Donald T. Sterling now employs the highest paid coach in the NBA. Most important of all, free agent Chris Paul is said to be eager to sign his new deal with the team now that Rivers is the coach. I personally never believed that Paul was going anywhere, but if having Rivers on board makes that process any easier, then it's a great move.

I won't get into the "It's dead -- no it's not" nature of the negotiations at this time, though I can't resist a bit of gloating over the fact that the deal is done. Throughout this process, when one side or the other has insisted that the deal was dead, my attitude has been wait and see. Both sides wanted this to happen all along -- so it was bound to happen. The only question was the price.

In the end, the Clippers may have gotten off pretty cheap. I assumed from the beginning that the price would be a first round pick. We can't know for certain how the negotiations proceeded, but there's a pervasive rumor that the Celtics had their choice from among first round picks in 2013 (the 25th pick this Thursday), 2014 (protected in a deep draft), and 2015 (unprotected). Ainge went for the unprotected 2015 pick, perhaps hoping that Rivers is in fact a terrible coach and that he'll help to implode the team within the next two seasons.

With Chris Paul in his prime, Blake Griffin entering his and a clear commitment to winning within the organization, it seems unlikely that protections on the 2015 pick are going to matter much. In the end, the Celtics have just deferred their compensation a couple of years -- which probably didn't make the Clippers mad at all. 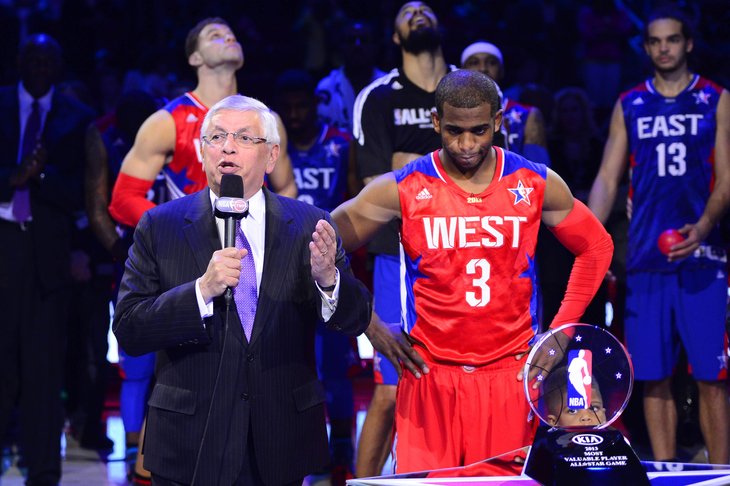 The deals that weren't

What happens next? The NBA has apparently made it known that they will not approve a subsequent deal for Kevin Garnett (you'll recall that the league put the kibosh on two earlier trades, one for Rivers and one for Garnett, because they felt the trades were linked). But assuming that the NBA does approve Rivers' move (not a given, based simply on the fact that they made such a fuss last Thursday that they may feel compelled to take a hard line now) I would at least try to work out that deal. The only possible objection the league could have to a Garnett deal is that it is linked to the Rivers deal -- and if it is submitted separately, after protracted negotiations just to get the Rivers deal done, that argument seems moot.

Even if the Clippers can't get a deal done for Garnett during the off-season, that doesn't preclude him coming to LA before the trading deadline. Heck, the guy's pretty old. Let him retire, then unretire for the stretch run and playoffs with fresh legs. (I wonder how the league would feel about THAT!)

There's also the question of Pierce. The Celtics can save a lot of money by buying him out or trading him before July 1, which is just a week away. If he becomes a free agent, the Clippers will hope to sign him using their mid level exception. Would the league frown upon THAT as being linked to the Rivers deal? It would be a huge reach to veto a free agent signing for that reason, but Stern has long been a reacher.

The Clippers retain most of their trade assets to try to improve the roster. They still have Eric Bledsoe -- who they will shop for a major piece. However, if they can't find a deal that they like, supposedly Rivers is intrigued with the possibility of keeping Bledsoe and giving him a bigger role. In an NBA that seems to be playing smaller every year, there's really no reason that Bledsoe can't be getting 30+ minutes per game, playing extended minutes next to Paul in the backcourt.

They'll continue to shop DeAndre Jordan as well -- but contrary to the opinion of some, I see no imperative that they move him. Is Jordan going to be disillusioned with the Clippers after almost having been traded? Given that he was almost traded for a former MVP and a future first ballot Hall of Famer, I fail to see the affront. DJ said on the radio last week that he loves the Clippers and I believe him. Before this trade mess started, we said that Jordan stood to gain the most from a new coach, given the lack of confidence Del Negro showed in him. If Jordan winds up staying with the Clippers next season, maybe he'll be able to take advantage of a fresh start with Rivers.

The off-season has been crazy so far, and there's a long way to go. But the Clippers have gone from one of the least respected head coaches in the NBA to one of the most respected -- if all they do at this point is re-sign Paul, it will have been a very successful summer.

NBA Trade Rumors -- Rivers and Garnett to the Clippers?