Eric Patten talks to Byron Mullens about the Clippers and his role on the team.

Byron Mullens is looking for a chance to prove himself.

After his team lost more than 80 percent of its games over the past two seasons, after being jammed on the end of the bench in Oklahoma City as a youngster on a contender, and after a trying free agency period, the Clippers' new reserve big man is ready to show why he was once considered among the nation's best amateur players and a top 25 selection in the 2009 Draft.

Be sure to follow the link to the full article; it's a good read.

And here is Mullens' little boy.  Adorable if I may say so myself. 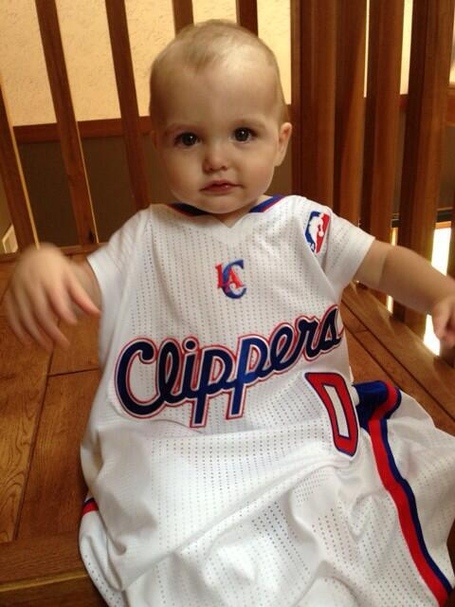