The DeAndre Jordan profile feels a little different than the others, because, well, Matt.

From Plato to Popovich, from Aristotle to Mike Woodson's sentient goatee, the most brilliant minds in Western philosophy have struggled for centuries with one confounding question: what is "true beauty"?

Are beautiful things intrinsically beautiful, satisfying some elusive criteria of objective perfection that humans recognize only when we see it?  Or is beauty simply in the mind of the beholder, an ever-shifting and relative idea bathed in a fog of subjectivity, like how notions of right and wrong change over time, or how Tony Brothers might evaluate a block/charge call.

Well, it took a little bit over 2,000 years, but the question has finally been answered.

The Chris to Blake to DJ alley has resolved what the Parthenon, the Sistine Chapel, and even J.J. Redick's cheekbones couldn't: true beauty does exist, and it is as undeniably objective as it is arousing.

(We'll give the Greeks a break, considering the best they had to work with before this was Sofoklis. No, I spelled that right.) 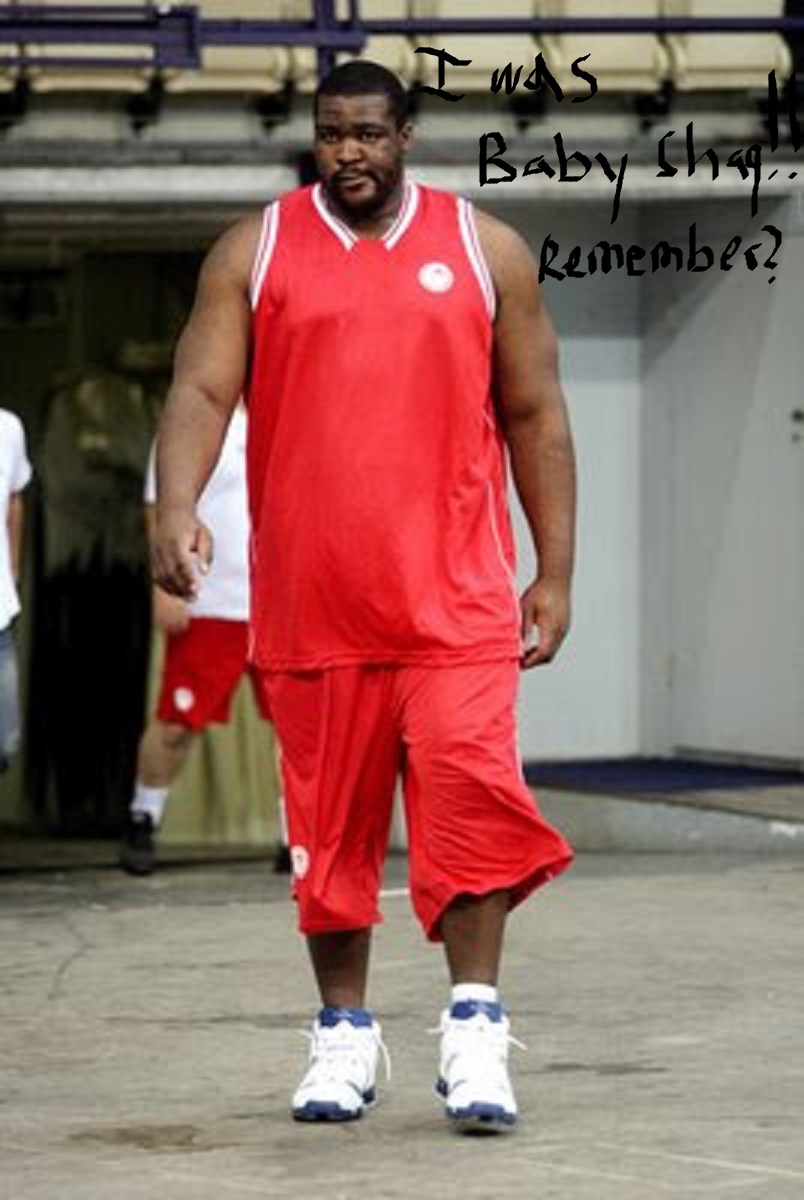 That play, which Doc installed last season, and which serves as a constant reminder of just how much better he is than VDN, is Clipper fan catnip. It's Doc's triumvirate, working in perfect balletic tandem. Chris sees the defense attempt to trap the pick and roll or hedge too hard and hits a peeling Blake above the stripe. Blake draws the remaining rim protector, and proving that he is more multidimensional than all those outdated "young Amar'e" comparisons, floats a delicate pass to a wide open DJ. The fact that the pass is on-target is irrelevant — Blake could have thrown it 60 yards downfield blindfolded, and DJ's Megatron wingspan would have gobbled it up and slammed it home. 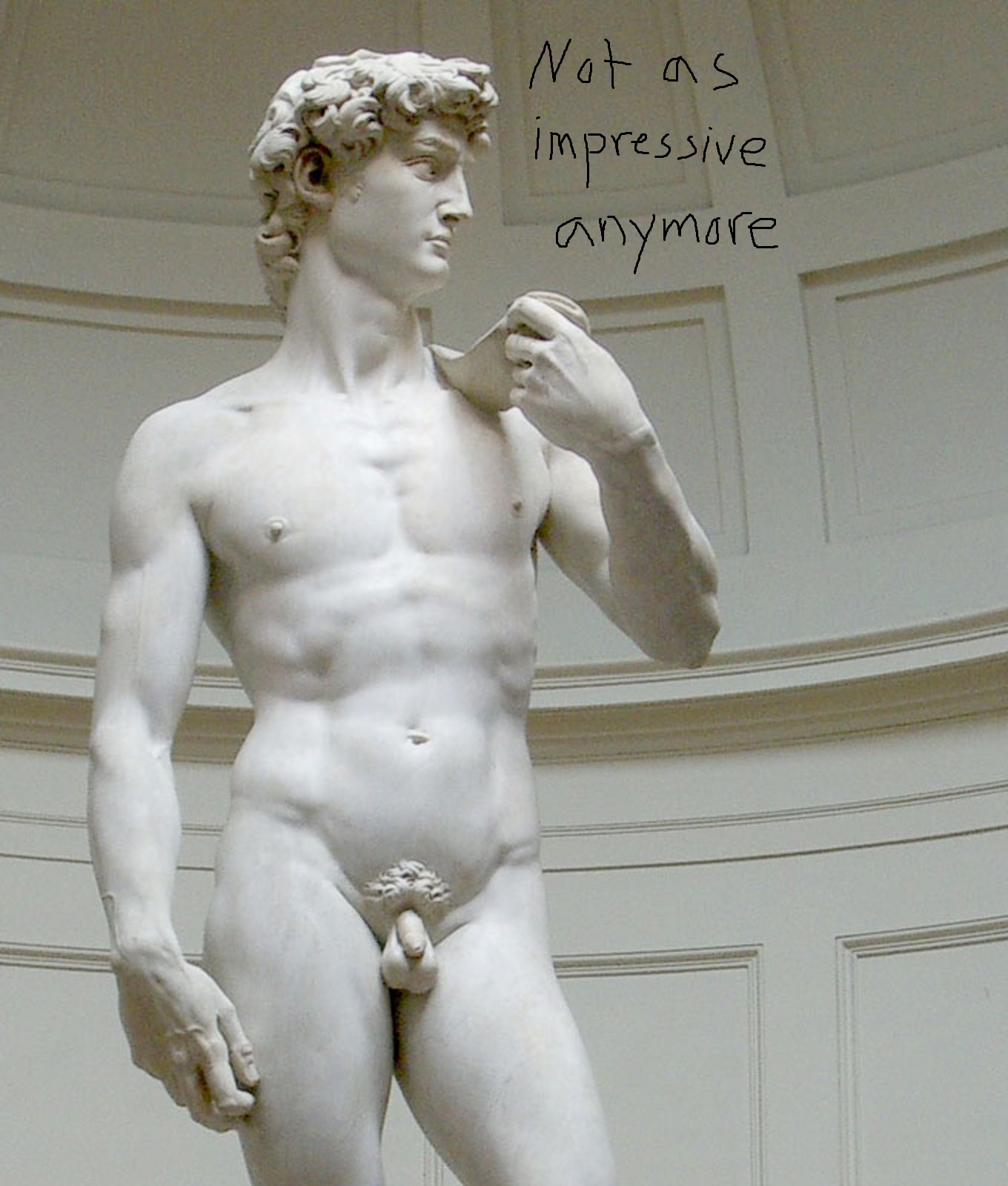 That play also encapsulates how important DJ has become to the Clippers. No offense to Spencer Hawes's vertical, but without DJ, that play doesn't work, and it certainly doesn't belong at LACMA. Yes, maybe Doc's relentless "DJ makes Bill Russell look like Joel Anthony" propaganda has gotten to me. But, if you take an honest look at last season (and especially last postseason), it's hard to argue against this: DJ is as integral to the Clipper's championship aspirations as Blake's reconstituted jumper and Chris's health are. 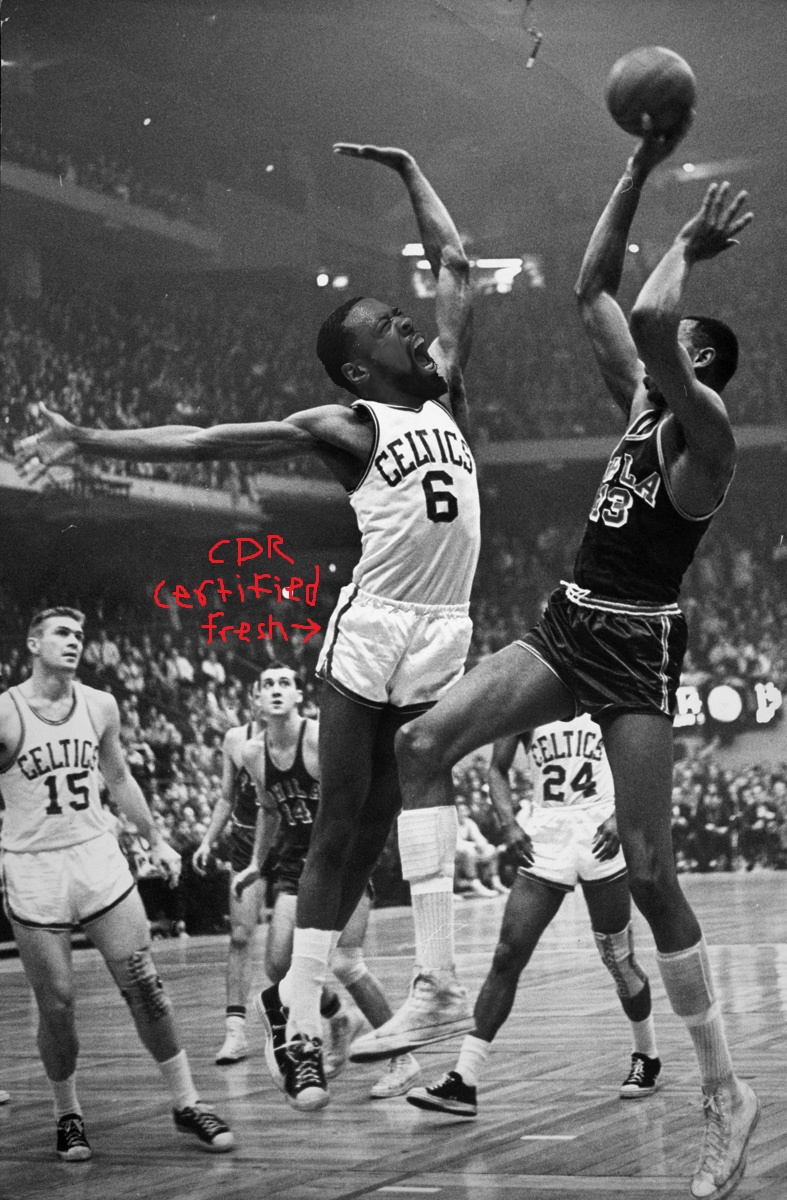 If the Clippers are going to advance to the Western Conference finals and beyond, it is very difficult to picture it without DJ playing at least to the level he reached last year. Which makes the following question all the more important: What really is DJ's ceiling? And, as the 26-year-old (26!) enters the new season brimming with confidence in the final year of his current contract, is this the year we finally see it?

Calling DJ's 2013-14 campaign a breakout season is something of an undersell. Everybody reading this already knows the top-line numbers, but they're worth repeating just to reinforce just how impressive it was. He led the league in rebounding, edging out players with names like Love and Noah and Jordan Hill (just kidding!!!! but seriously that's the Lakers best rebounder!!!). His increased presence on the boards freed up Blake to do more in transition, including that "LeBron, except more terrifying" fast break impression we've all grown to love.

DJ finished third in blocks per game, and led all centers in that category. He also repeated as field goal percentage champ, which I submit should simply be renamed the "Guy who looks like me when no one is watching and I drop the rim to 8 feet" award. 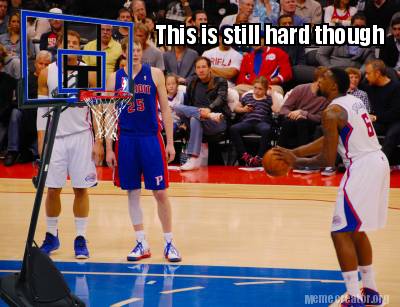 The advanced stats bear out that the leap DJ made from 2012 wasn't empty calories. Nor was it simply a result of Doc discontinuing VDN's intriguing strategy of "3 minutes of DJ in the first quarter, then make him man the Wetzel's Pretzels counter for the remaining 45".

DJ's playing time did increase a whopping ten minutes per game under Doc, but his PER and Per 36 numbers (with the exception of scoring) also improved. Perhaps most importantly to Doc, while the team's faster tempo meant topline team defensive stats sank, DJ set personal bests in defensive rating (98 points per 100 possessions) and defensive wins shares (5.8). 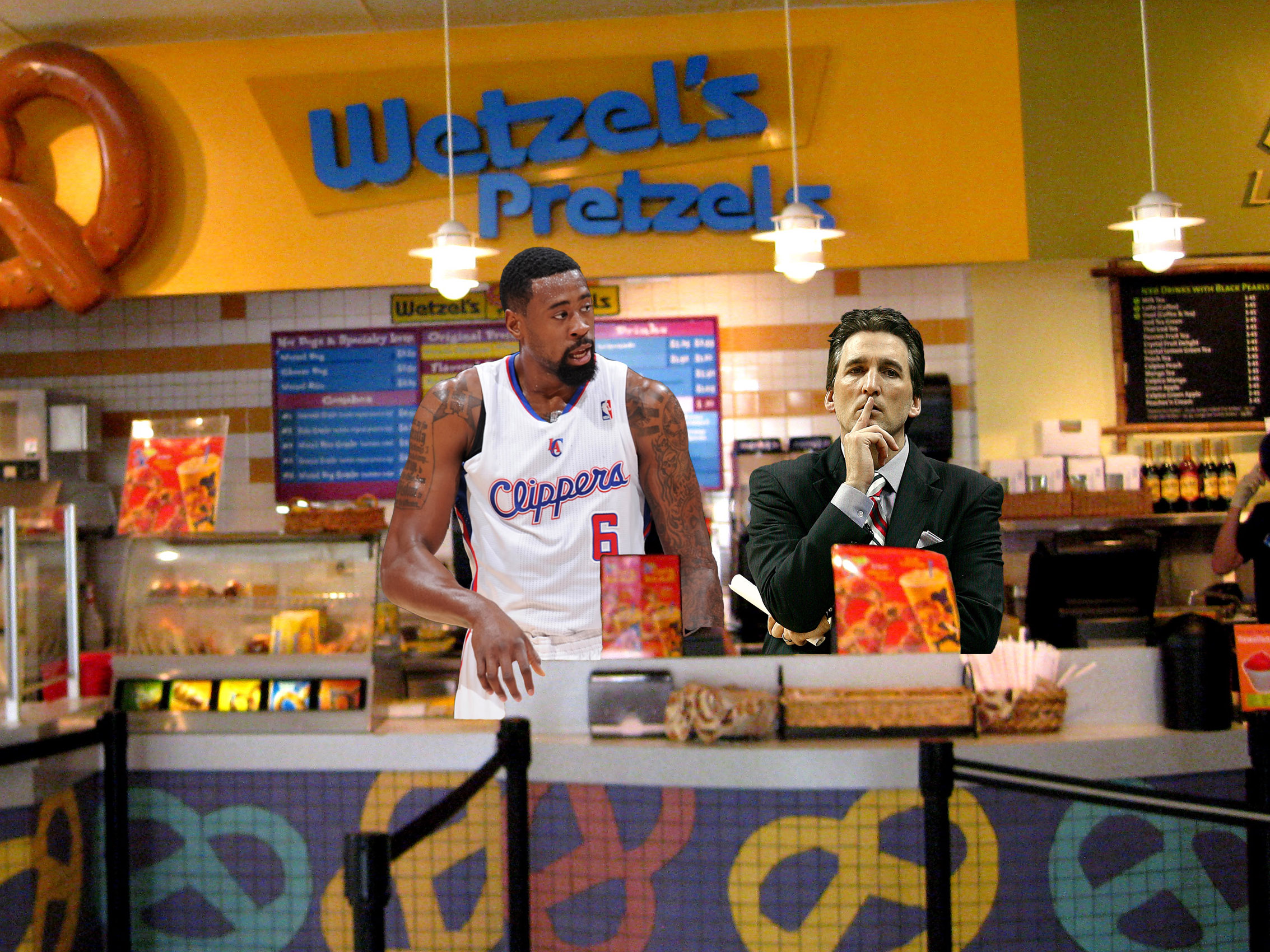 Ninety percent of that transformation can be directly attributed to Doc, DJ's life coach and hype man. While not privy to all of the private mentoring Doc administered, I have been able to piece together what I believe are the four core tenants of Doc's motivational wizardry:

2) Convince stars to share couch with underachieving center on Jimmy Kimmel, and let him make at least one joke.

3) Tell underachieving center that the expectation for every game is the "full Garnett" — double digit points and rebounds, two blocks, and three audible expletives that can easily be lip-read by anyone watching at home.

4) Sign Byron Mullens and Big Baby.  Tell underachieving center that even if he goes 0-50 on fourth quarter free throws, he is by far the best option in the last five minutes of the game.

Whatever Doc did, it worked. Or at least, mostly worked. Doc's efforts to make DJ nasty always made me slightly uncomfortable.

Because, deep down, no matter how many "mother f**ers" he utters after a block or staredowns he delivers at the corpse of Brandon Knight, DJ is fundamentally this guy: 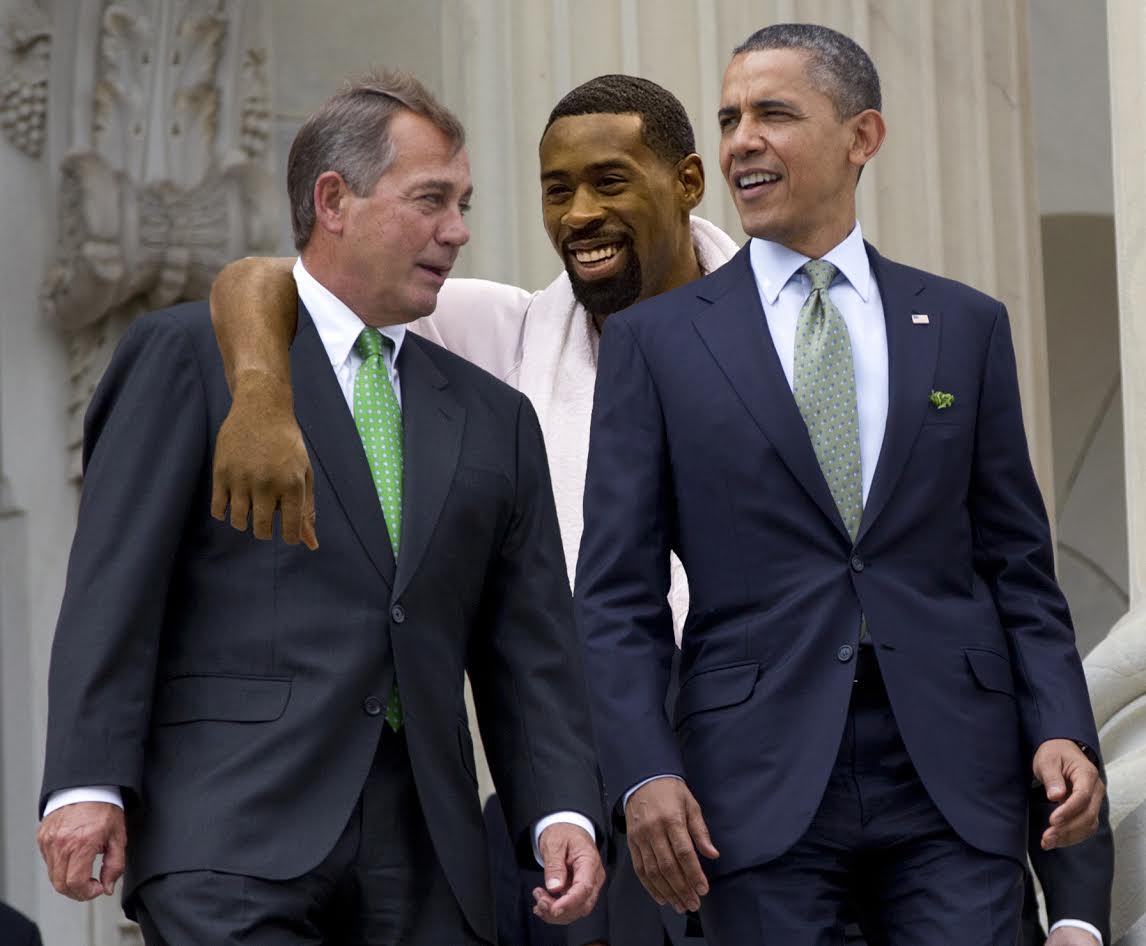 The guy who gets along with everybody. The guy with a smile so disarming that he's just below Clinton on the White House's "freeing hostages through pure amiability" call list. 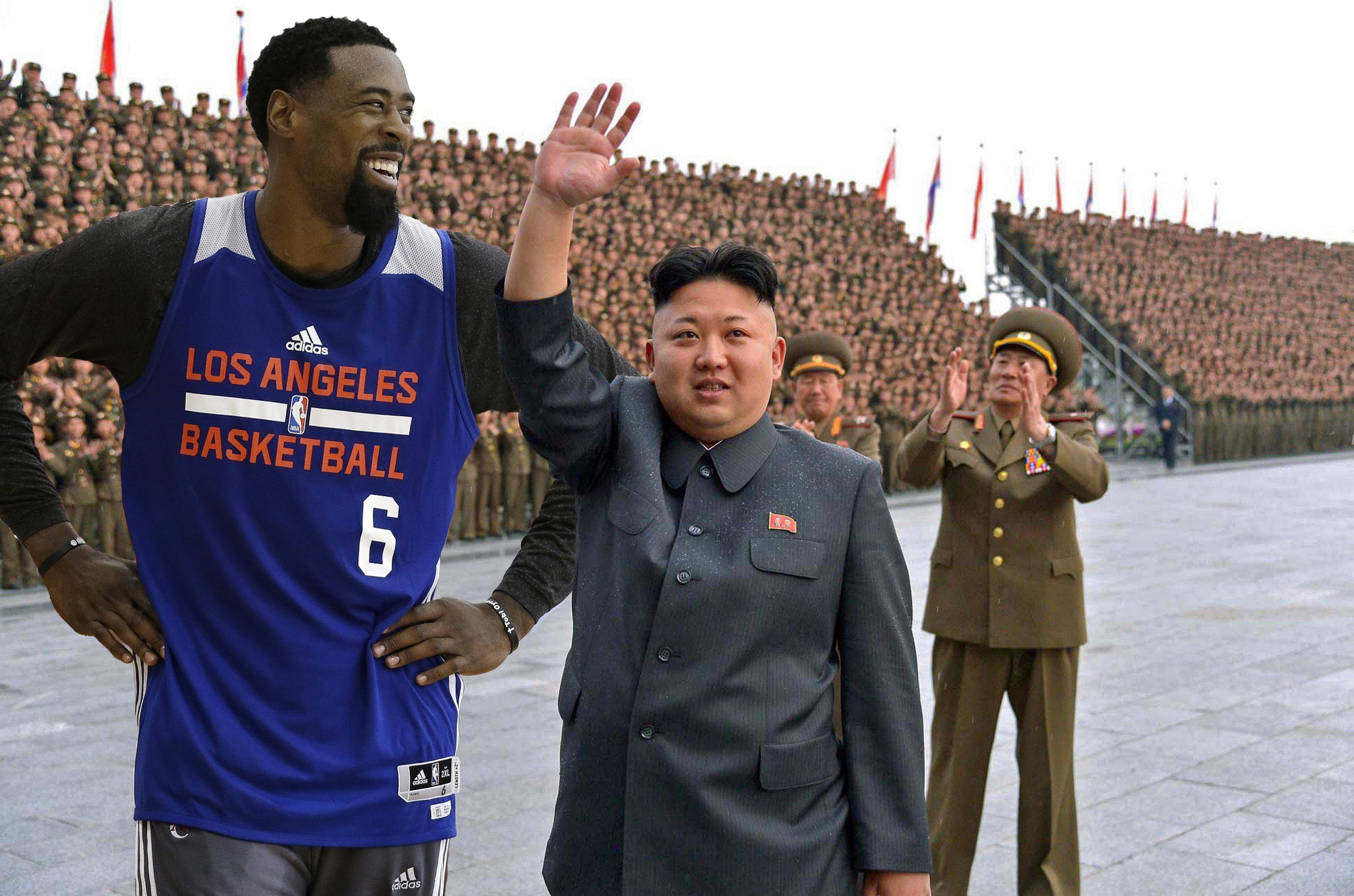 In what world could DJ inspire as much fear and loathing as Boston-era KG?

The war for DJ's soul has made him the most schizophrenic basketball player I've seen not named Lance Stephenson. One minute he'll be snarling while patrolling the paint, the next he'll be re-enacting Step Brothers scenes with Blake on the bench. It's clear what Doc wants — some combination of Bill Russell and the Nazi mechanic who fought Indiana Jones in Raiders of the Lost Ark.

It's less clear whether DJ truly fits that role.

Room for Improvement in a Contract Year

Nowhere was the new Tony Robbins-enabled DJ more valuable than in the first round series against Golden State. With lumbering center and part-time osteoperosis awareness spokesman Andrew Bogut out for the series, DJ reminded Dubs fans what they missed out on when the Clippers matched their four-year, $43 million offer sheet in 2011.

In my mind, DJ won us that series. The Warriors simply had no answer for him, and with every offensive board he ripped down and Steph Curry floater he swatted away, you could just feel that team being demoralized. It reminded me of how the 2009-10 Lakers won their title — Bynum and Gasol simply overwhelmed the opposing frontcourt with size, until even the Celtics said, "fine, we're not going to fight you over Kobe's misses anymore."

With Ibaka and Adams and Perkins, the Thunder were a different beast, and they were able to effectively mitigate DJ. In a nutshell, that's the leap DJ has to take — even when teams have multiple athletic big men to defend him and put him in foul trouble, he has to make his presence felt on both ends of the floor.

DJ's more specific trouble spots are well documented. His individual post defense could use some work, although I'd like to see better metrics on that (do we have any out there, Clips Nation?). His help defense has improved dramatically under Doc — DJ timing his steps to swat an undersized guard is another treasured staple of Clipper fandom.

But far too frequently we still see DJ peeling off his man too early, only to watch the Boris Diaws of the world exploit DJ's gamble with precise interior passing.

Offensively, DJ really doesn't have to do anything more than he's done throughout the Chris Paul era — eat offensive glass, outrun the opposing center in transition, and serve as Chris's preferred lob partner.

That doesn't mean he shouldn't try to branch out. DJ has a post game — remember when he tore up Portland and Shaq called him the best center in the NBA as a thinly-veiled diss to Dwight Howard? He's not Hakeem by any stretch, but if he has size over a defender, he can deploy a series of baby hooks over either shoulder. He just very rarely gets to use those moves. DJ's usage rate actually dropped last year, to around 10%.

And yes, there's the free throw shooting. Enough ink has been spilled and cliches hurled on that topic that I knew, going into this piece, I was just going to mention it in passing. Sure, if DJ miraculously improves to something approaching a 60% shooter, we would all flip our shit and probably sweep Cleveland in the finals. But that's just not going to happen.  If DJ proved anything last year, it's that you can shoot below 50% from the line and still cause Mark Jackson to lose his job.

All of these shortcomings in DJ's game — some more significant, some not so much — point to the looming question the Clippers will be forced to confront next summer. DJ's contract expires at the end of the season, and considering his age, his darling status with some advanced metrics, and the NBA's forthcoming $12 billion a year salary cap, some team is going to offer him a crapload of money. If DJ is going to truly show that he's capable of even more than we saw last season, this is the year it's going to happen.

*As always, huge dap to Connor Carroll, the Banksy of Clips Nation. Connor is to Photoshop what Quinton Ross was to a an uncontested baseline jumper.