The Reno Bighorns forward has averaged 16.8 points, 7.4 rebounds, and 3.5 assists per game in the D-League this season, and potentially injects some youth and athleticism into the Clippers' bench lineups. He last played in the NBA in 2014 with Houston.

Jordan Hamilton was drafted out of Texas with the 26th pick in 2011, and he spent the next few seasons playing with the Nuggets, although he never managed to carve out a spot for himself in their deep wing rotation. After playing just 66 games in his first two years, and averaging just shy of 10 MPG, he emerged somewhat for the Nuggets, averaging 17 minutes a game, and showing enough by the trade deadline to get traded to the Rockets for Aaron Brooks, a move widely lauded at the time (Hot Take — Was he K.J. McDaniels before K.J. McDaniels?!). In his second game after joining the team, he got a chance to play against the Clippers...

This may have been his best game with the Rockets though, as he eventually became buried on their bench too, and managed to not get a single minute of action during their first-round playoff series with the Blazers.

Hamilton has a slightly above-average 3-point shot, hitting at over a 36% clip in his first two seasons and with Houston last year. Per NBA Savant, here's his shooting heat map from last year: 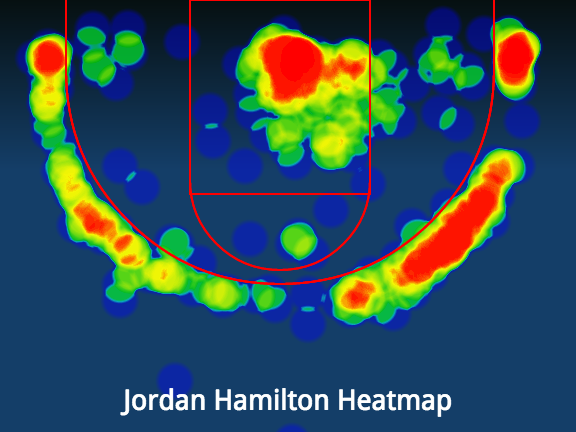 His Nylon Calculus shotchart is also attached. From the two, you can tell he shot very well from the corners last year (almost 50%). 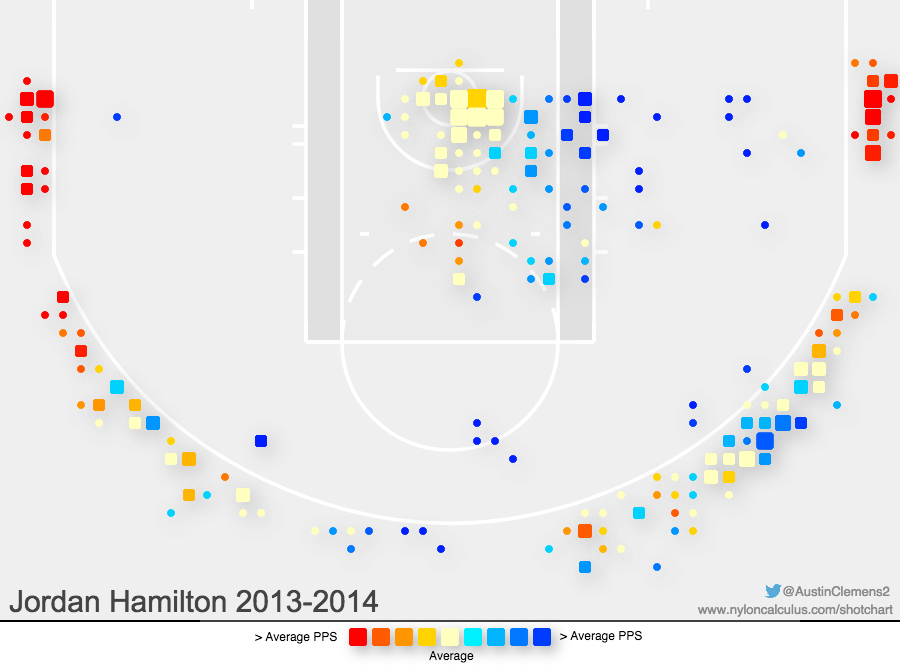 This summer, he fell out of the NBA and into the D-League, where he caught on with the Reno Bighorns. For those of you who are unaware, the Reno Bighorns play at a run-and-gun pace like none other, emulating the Grinnell (D-III) system of pressing, shooting three-pointers, and regularly scoring and allowing over 150 points a game. It may not surprise you to learn that they're the D-League affiliate of Vivek Ranadive's Sacramento Kings.

Hamilton was mentioned recently in an interesting Guardian feature on the Bighorns, discussing the team's style of play and how that conflicted with his desires to get noticed by NBA teams.

As the season has gone on some players have even liked the way their own abilities have developed. Jordan Hamilton, who played four seasons with the Denver Nuggets and Houston Rockets, believes the emphasis on passing and rebounding has allowed him to show off skills he was never able to display in college or his years in the NBA.

Many of the players fret abut the high scores of their games. Whenever an opponent scores 150 points against Reno, they get texts from friends who have seen the score asking – not always in jest – just how bad are they? Some wonder if the NBA teams are watching and wondering the same thing.

Scoring a lot of points is nice but not if it means they will be stuck in the D-League forever. "That was everybody’s big question about me [in the NBA]," Hamilton says. "They said: ‘we question your defense.’ I don’t know if that’s a polite way of saying they don’t think I can’t play defense or not."

Hamilton's shooting this year also leaves something to be desired, seemingly dropping off a cliff from his days in the NBA peaks. These numbers shouldn't be viewed out of context, though, as they're a result of the Bighorns' reckless breakneck pace and unique style of play. 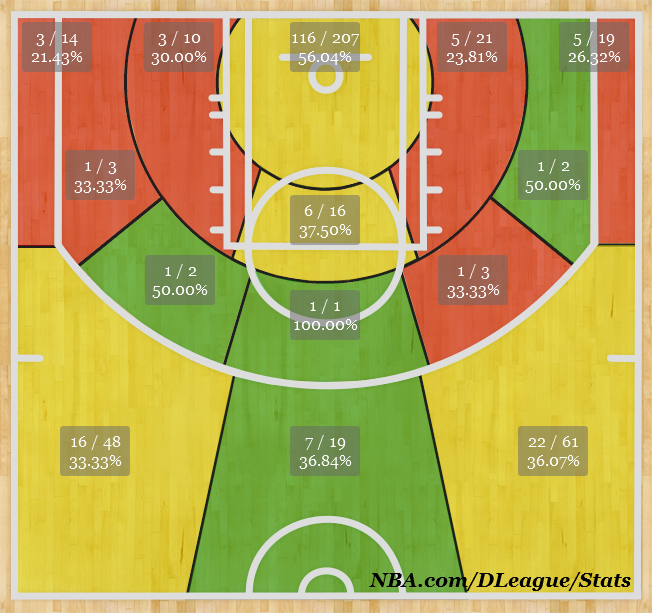 Either way, he's been playing well enough recently for the Clippers to take a look at him as another intriguing reserve option at the wing, giving Matt Barnes some more rest and allowing the Clippers to play Hamilton-Turkoglu-Davis bench lineups while Blake Griffin continues to recover from his elbow injury.

We'll end with a highlight clip from a 34-16 performance he had earlier in the year vs. the Texas Legends. More Hamilton footage can be found here on the D-League YouTube account.

UPDATE: The D-League posted the equivalent of a going-away video for J-Ham, some of his best moments this year in the minors. Enjoy.