As Patrick Beverley follows his friend Lou Williams out the Clippers exit door, will the culture they helped create remain?

Share All sharing options for: How Patrick Beverley and Lou Williams helped build the Clippers culture

“The culture precedes positive results. It doesn’t get tacked on as an afterthought on your way to the victory stand. Champions behave like champions before they’re champions: they have a winning standard of performance before they are winners.”

Those are the words of legendary San Francisco 49ers and L.A-born football coach Bill Walsh, and they ring true to this day.

Throughout history, the very best sports teams have managed to make their way to the top of the mountain by building a winning culture, and you can usually chart their journey to winning from long before they actually reached the summit. Some teams may be on that journey right now, and likely will have been for a while, without most casual observers even realising it.

Which brings me onto the Los Angeles Clippers.

Until now, the Clippers team we all thought would be most likely to win a championship would’ve been the Lob City era guys led by coach Doc Rivers. However, as all those players have moved on in their careers and with some of those moving into podcasting in particular, we’ve heard all about the culture of that team and how it wasn’t where it needed to be to win.

Some of those players will lay blame at their coach’s door for that — and of course he should and will shoulder some, especially with the success that has been seen since he left his post — but what the next era of the Clippers were able to do kind of counteracts that.

Once the Lob City project was blown up with Chris Paul being traded to the Houston Rockets for a package including Lou Williams, Patrick Beverley and a first-round pick, fans definitely wouldn’t have thought the guys who arrived would be the ones who ultimately set the foundation for the next era of Clipper basketball.

Effective role players, yes. But not the kind of stars or cultural architects that would take us to the levels that Chris Paul, Blake Griffin, and DeAndre Jordan couldn’t. That feeling only intensified after Blake Griffin was traded and then DeAndre Jordan walked. Or so we thought.

What transpired was beyond anybody’s expectations, as the team most thought would miss the playoffs not only made it in as the eighth seed, but also overcame a record 31-point deficit to defeat Kevin Durant and the all-conquering Golden State Warriors in game two of the first round of the playoffs.

Led by its veterans in Beverley and Williams, they eventually became the unlikely poster boys for the league’s unlikely up and coming ball club, replicating the famous Slam Magazine cover which featured former Clippers stars Elton Brand, Lamar Odom, and Darius Miles from 2002 alongside their younger teammate Montrezl Harrell — just one of the guys they had a huge impact on.

Pat and Lou represented hustle and heart in a way fans had seldom seen this side of STAPLES Center, and they definitely captured the hearts of the fans with the way they hustled during their tenures. By the summer of 2019, they were surrounded by stars but it didn’t change the way they played. But eventually, as is always the way, it had to come to an end.

When Lou was traded back to his hometown it hurt, but we knew he’d be in a happy place at least, and seeing the success he’s had since makes you happier for him still. Pat leaving feels like another gut punch, but if Memphis chooses to keep hold of him, that’s also a place he can thrive with fans who will no doubt grow to love him for all the same reasons we did, namely his grit and grind.

The two will always hold a special place in my heart. Lou brought the entertainment night in and night out, on and off the court, and played basketball in a way that made you believe anything was possible. Pat brought the by-any-means, do-or-die mentality that we can only hope will remain now that he’s left. 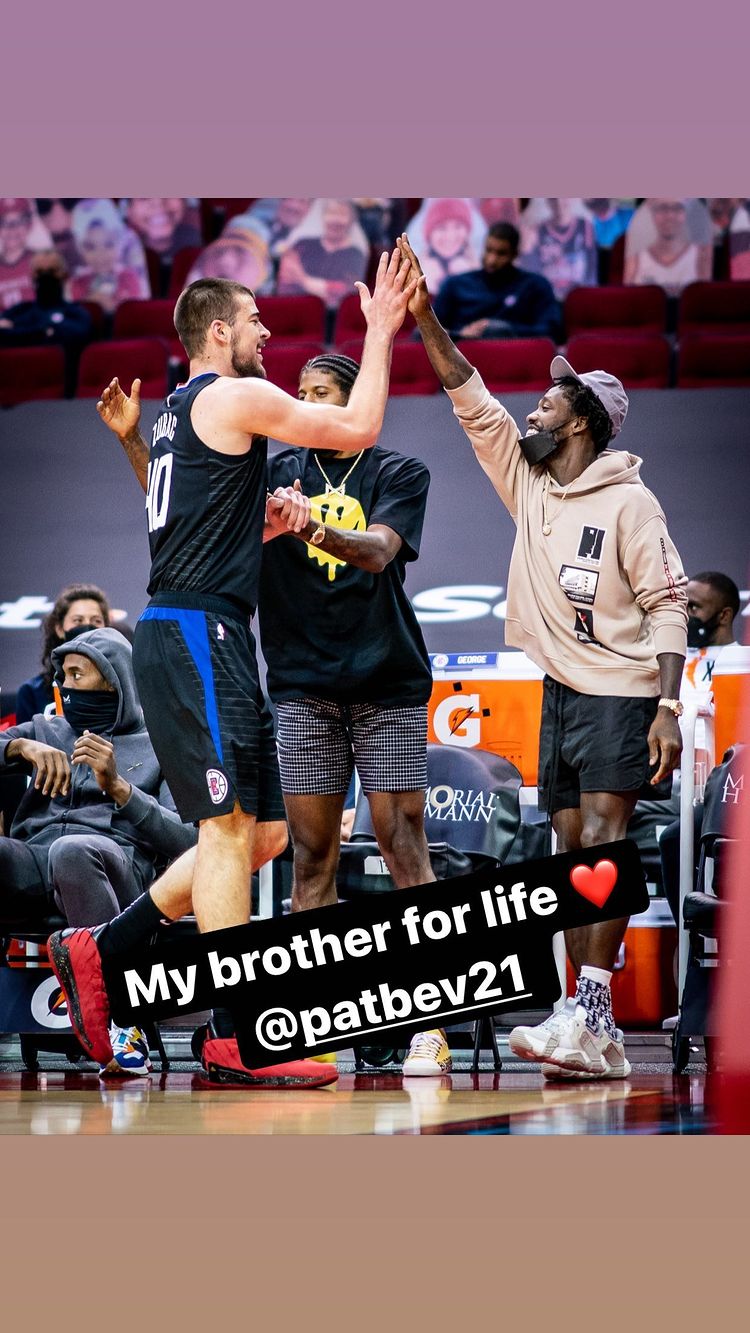 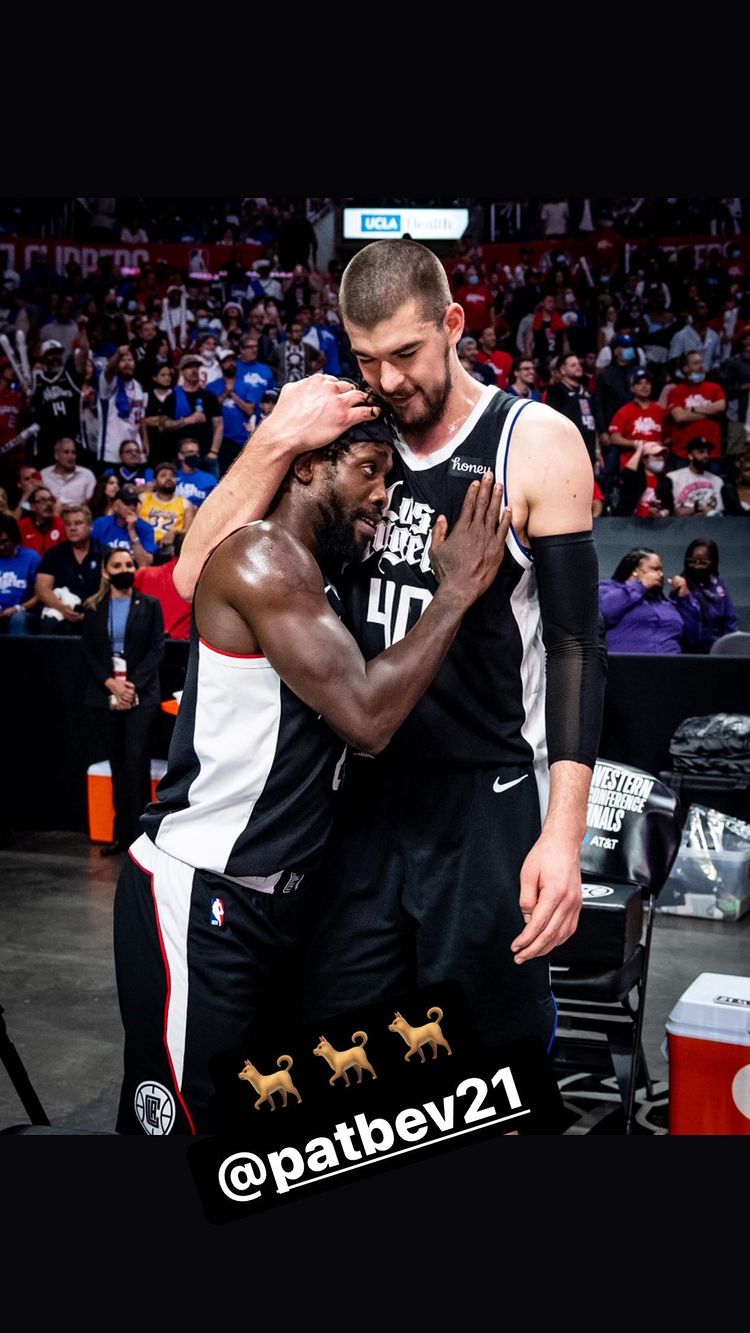 Ivica Zubac, now the longest-tenured Clipper, is the only player from that 2018-19 roster who still holds his place, and he’ll want to carry that spirit that Pat and Lou brought as I’m sure will the rest of the guys who played with them, all of whom seem to have been genuinely positively impacted by the rambunctious backcourt duo.

Rajon Rondo’s part in the Pat trade will leave a sour taste about what could’ve been had we just kept hold of the three-time sixth man of the year, but we can’t look back in anger when Lou Will brought us so much happiness with the way he played.

While he led by example with his play on the court he was just as much as a leader off it, perfectly encapsulated by his words of encouragement for teammates Zubac and Terance Mann in a 116-112 victory over the Utah Jazz back in February. “Get your hunger now. Don’t forget how we got here.” Lou played a huge role in getting ‘here’, with that exact mentality.

"Get your hunger now. Don't forget how we got here. Hungry. Alright? Stay greedy."

Lou Williams keeping the Clippers focused vs. the Jazz. pic.twitter.com/ggnHixODng

And while some opponents will choose to highlight the fact that Pat’s last act was getting ejected after pushing Chris Paul in the game six loss to the Phoenix Suns — which may invoke a happy memory for some of our fans regardless — we’ll still remember the blood, sweat, and tears he put in to get to that point.

I’ll remember the way he spoke in his interviews, all about mentality and doing it for the collective, with one particular soundbite in mind from a chat with then-Clippers broadcaster Chauncey Billups back in 2019. “I just go out there and try to play hard as hell, man. And then hopefully my teammates follow.” They did, Pat. And a lot of that was thanks to you.

"I just go out there and try to play hard as hell, man."@patbev21. LEADER.@LAClippers pic.twitter.com/S4OUZ9uESU

Champions behave like champions before they’re champions, and one thing is for sure: if the Clippers do climb the mountain with this particular team, Pat and Lou will have set the foundation to start that journey. They behaved like champions. Now we can finish what they started.

We’ll remember the sacrifices they both made along the way. They lifted us up at the bottom of the mountain. Against all odds. Just the way Pat and Lou liked it.